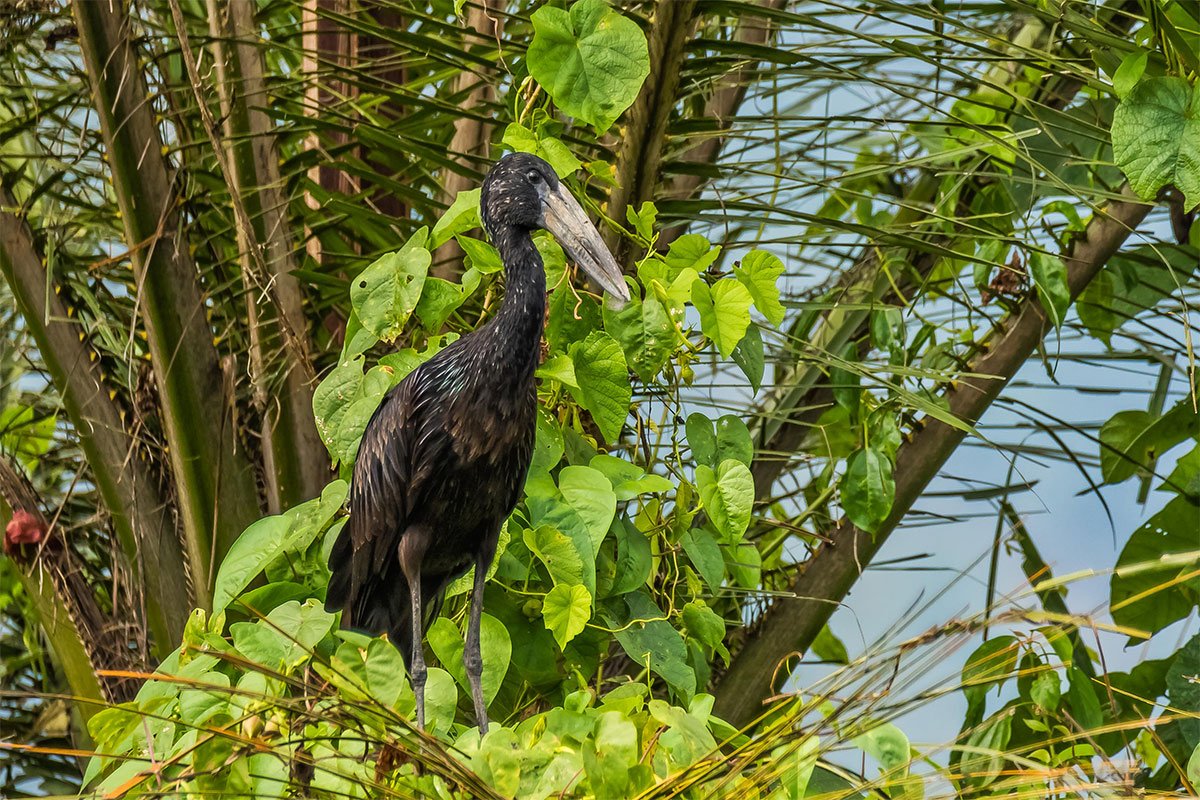 Semuliki Forest Reserve was created in 1932 and upgraded to national park status in 1993.

It is the only tract of true lowland tropical forest in East Africa, hosting 441 recorded bird species and 53 mammals.

Large areas of this low-lying park may flood during the wet season, a brief reminder of the time when the entire valley lay at the bottom of a lake for seven million years.

Four distinct ethnic groups live near the park – Bwamba farmers live along the base of the Rwenzori while the Bakonjo cultivate the mountain slopes. Batuku cattle keepers inhabit the open plains and Batwa, pygmies, traditionally hunter gathers, live on the edge of the forest.

Semuliki National Park sprawls across the floor of the Semuliki Valley on the remote, western side of the Rwenzori. The Park is dominated by the easternmost extension of the great Ituri Forest of the Congo Basin. This is one of Africa’s most ancient and bio-diverse forests; one of the few to survive the last ice age, 12-18,000 years ago.

The Semuliki Valley contains numerous features associated with central rather than eastern Africa.  Grass Thatched huts are shaded by West African oil palms; the Semuliki River (which forms the international boundary) is a miniature version of the Congo River, the forest is home to numerous Central African wildlife species, and the local population includes a Batwa pygmy community that originated from the Ituri. As a result, this park provides a taste of Central Africa without having to leave Uganda.

While Semuliki’s species have been accumulating for over 25,000 years, the park contains evidence of even older processes. Hot springs bubble up from the depths to demonstrate the powerful subterranean forces that have been shaping the rift valley during the last 14 million years.

This biologically diverse region also provides shelter to a further 120 mammals, including several primate species such as baboons and chimpanzees, as well as elephants and antelopes. There are around 350 species of birds hosted in this forest, including 23 Albertine Rift endemics.

Hippos are common are common along the semuliki river, as are crocodiles, More than 300 species of butterflies have been identified, including 46 species of forest swallow tail, together with 235 moth species. Over 435 bird species have been recorded in Semuliki National Park. The checklist includes 35 Guinea-Congo forest biome bird species, spot-breasted ibis, Haartlaub’s duck, Congo serpent eagle, chestnut flaned goshawk, red thighed sparrow hawk. Furthermore, another 12 species with extremely little distribution are spotted like the western bronze-naped pigeon. yellow throated cukoo.