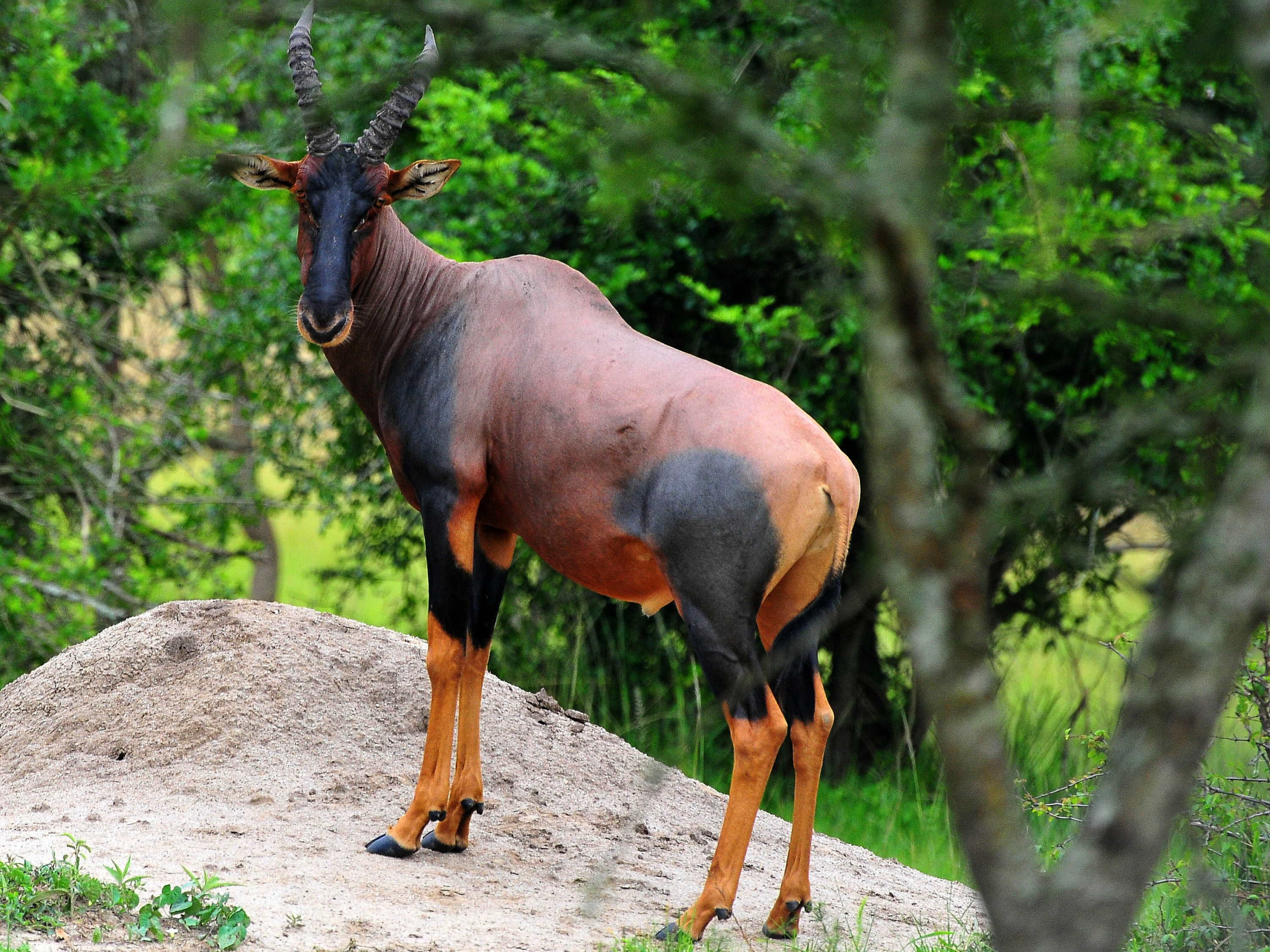 Queen Elizabeth National Park spans the equator line; monuments on either side of the road marking the exact spot where it crosses latitude 00.

The park was founded in 1952 as Kazinga National Park and renamed two years later to commemorate a visit by Queen Elizabeth II of England.

The park is home to over 95 mammal species and over 600 bird species.

The Katwe explosion craters mark the park’s highest point at 1,350m above sea level, while the lowest point is at 910m, at Lake Edward.

Set against the backdrop of the jagged Rwenzori Mountains, the park’s magnificent vistas include dozens of enormous craters carved dramatically into rolling green hills, panoramic views of the Kazinga Channel with its banks lined with hippos, buffalo, and elephants, and the endless Ishasha plains, whose fig trees hide lions ready to pounce on herds of unsuspecting Uganda kob.

As well as its outstanding wildlife attractions, Queen Elizabeth National Park has a fascinating cultural history. There are many opportunities for visitors to meet the local communities and enjoy storytelling, dance, music, and more. The gazetting of the park has ensured the conservation of its ecosystems, which in turn benefits the surrounding communities.

Most of Queen Elizabeth comprises open grassland and savannah which tends to be moist and woody in the west than the eastern part, Thorny Acacia dominates this savannah habitant with the high concentration of candelabra shrub a cactus that grows along the kazinga channel and on the kasenyi plains.

Queen Elizabeth supports at least 95 species of mammals,it boasts of 20 carnivores like the Lion,Leopards, side stripped jackal and spotted hyena among others.

Queen Elizabeth National Park is located about 410km/255mi west of Kampala. The direct drive takes at least 7 to 8 hours, but your itinerary will most likely include some parks on the way. It is also possible to fly to any of the nearby airstrips of Kasese, Mweya or Kihihi (for Ishasha) by scheduled or chartered aircraft from Entebbe International Airport (EBB) or Kajjansi Airfield near Kampala.

You will enter Uganda at Entebbe International Airport (EBB), about 46km/29mi from Kampala, the capital city. Generally, your tour operator will arrange for your pick-up from the airport, and organize any further transportation required as part of your safari package.